Korukonda Lakshmi Narasimha Swamy situated in Korukonda Mandal in the district of East Godavari, Andhra Pradesh. Rajahmundry is 20 km away and Kakinada is 60 km away. This is the punyakshetram of Vaishnava Sampradaya and also the historic temple. In the same location, there are two temples. Swayambu is one of the temple idols and another temple statue is installed.

Sometime during either the fifteenth or seventeenth centuries, the shrine was built. There is also a shrine dedicated to Lord Shiva that was built before Narasimha Swamy’s temple was built here. Lord Rama was the one who built Lord Shiva’s idol in the sanctuary. The development of the sanctuary was in the hands of the Peddapuram Rajas during the eighteenth century. The shrine’s previous chairman made many contributions to it. Thereafter, a merchant who was also a global businessman also contributed to the shrine, built the current korukonda lakshmi narasimha swamy devasthanam later.

The name of the shrine is derived in the Telugu language from the words, ‘ koru ‘ meaning desire and the word ‘ Konda ‘ meaning mountain. It can, therefore, be called a desirable mountain, or a shrine where God instantly listens to his followers ‘ pleas and grants their desires. Lord Narasimha Swamy’s most significant idol here. He is known in this shrine by the word, ‘ Satvika Narasimha ‘ as he is always accompanied by his wife, Goddess Lakshmi. In this village, there are two shrines devoted to Lord Narasimha Swamy. The first can be discovered atop a mountain that is located a few kilometers away from the primary village, whereas the other shrine can be found where there is a mountain that is shorter than the other hills. One shrine is a Swayambhu out of the two, while the other is manually built or built. The self-emerging idol is situated on the mountain at an altitude of about one hundred and twenty meters. The idol shrine discovered on the mountain is approximately nine inches high. 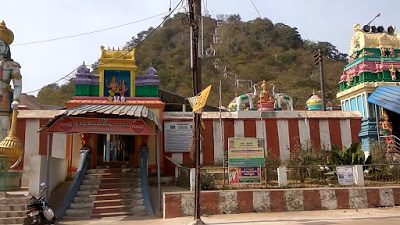 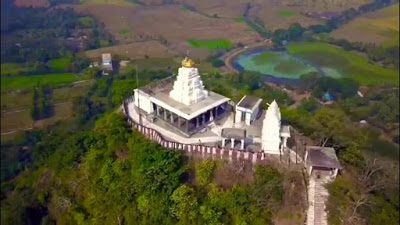 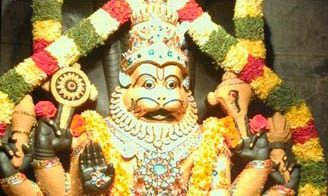