Sammakka Saralamma Jatara (also known as Sammakka Sarakka Jatara and Medaram Jatara) is a festival celebrated in the state of Telangana, India, to honour Hindu tribal goddesses. This Medaram Jatara is renowned for witnessing one of the world’s largest gatherings of individuals. People give Bangaram (jaggery): The Sammakka Sarakka Jatara begins in Mulug district at Medaram in Tadvai mandal. In accordance with Koya customs and beliefs, the rituals related to the Goddesses are entirely performed by Koya tribe priests.

Medaram is a remote place, a part of Dandakaranya, the largest surviving forest belt in the Deccan, in the Eturnagaram Wildlife Sanctuary.

Once a national festival is proclaimed, Sammakka Sarakka Jatara can be regarded as UNESCO’s ‘intangible cultural heritage of humanity’ title. The goddesses(sammakka sarakka) of the tribals are believed to visit them during the period celebrated by Sammakka Sarakka Jatara. After Kumbha Mela, the Medaram jatara is believed to draw the country’s largest number of devotees.

Sammakka Sarakka Katha – It commemorates the battle of a mother and daughter, “Sammakka and Saralamma” (also known as Sarakka), against an unjust law with the rulers in authority. There are a number of storeys about Sammakka ‘s miraculous abilities. According to a tribal tale, some tribal leaders who went for a hunt found a newborn girl (Sammakka) emitting enormous light playing among tigers around 6-7 centuries ago, that is, in the 13th century. She was taken to their dwelling, where she was adopted by the head of the tribe and brought up as a chief. She became the saviour of the region’s tribals later on. She was married to Pagididda Raju, the [Kakatiyas] feudal tribal chief (who ruled Warangal City’s country of Telugus between 1000 AD and 1380 AD). She was blessed with two daughters, Sarakka, Nagulamma and Jampanna, respectively, and one son.

In this attack, Jampanna died and bleeding fell into a vagu (stream) and later the entire sampangi vaagu turned red as a result of which it was later named JAMPANNA VAGU near the place where the current mela takes place.

Sammakka Saralamma Jatara is a Hindu tribal festival that takes place approximately 100 km from Warangal City. It is time for the world’s largest tribal congregation (biennial) to be held every two years, with approximately 10 million people converging on the spot over a four-day period. In order to celebrate the Jatara, many devotees from various states of India (Andhra Pradesh, Telangana, Madhya Pradesh, Chhattisgarh, Orissa, Maharashtra , Karnataka and parts of Jharkhand) come to the festive spot.

In Jampanna Vagu (stream), people give bellam (jaggery) to the goddesses(sammakka sarakka) for their weight and take a holy bath.

It has been estimated that nearly 8 million people attended the festival in 2008. And in 2012, the jatara gatherings are expected to be approximately 10 million. This fair is claimed to be the world’s largest recurring congregation of tribal groups. It is also one of the world’s biggest Hindu gatherings.

Jampanna Vagu Story – Jampanna Vagu is a tributary of the Godavari River. Jampanna, according to tradition, was a tribal warrior and the son of Sammakka, a tribal goddess. The Jampanna Vagu took his name when he died in a struggle in that stream against the Kakatiya Army. Tribals think that taking a holy dip in the water honours Jampanna Vagu and reminds them of the sacrifice of their gods who have saved them and inspires bravery in their souls as well. There is a bridge, known as the Jampanna Vagu bridge, located at the top of Jampanna Vagu. 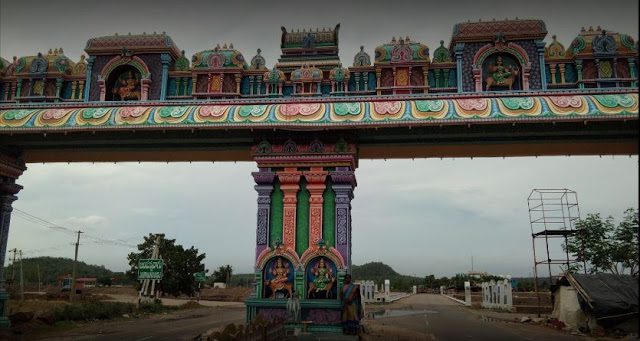