Sri Vedanarayana Temple or Matsya Narayana Temple is a Hindu-Vaishnavite temple located in Chittoor District, Nagalapuram City, Andhra Pradesh State, India. The Nagalapuram Temple in the form of Matsya(fish) avatar is dedicated to Lord Vishnu and is called Matsya Narayana or Veda Narayana. This is one of the few temples in India that depicts Vishnu in Matsya avatar, Dashavatara’s first incarnation.

This is one of the few models The Nagalapuram Temple is famous for Surya Pooja Utsavam, considered an astronomical marvel.During this festival, for three days of a year, the sunrays will fall directly on the presiding deity Vedanarayaana in the Garbhagriha. The Sunrays travel 360 feet from the Vedanarayana Temple Tower (Goupuram) in the evening to Garbha griha.

Surya Pooja Utsavam is one of the main Nagalapuram macha avatharam temple festivals during which Sun’s rays fall directly onto Garbhagriha’s presiding deity, facing west at night before sunset.

Nagalapuram temple was built in memory of his mother Nagamamba Devi during the Krishnadevaraya of the Vijayanagara Empire rule. That’s why it was Sri Nagalapuram. This village was known as Harigandapuram before its name was changed to Nagalapuram. 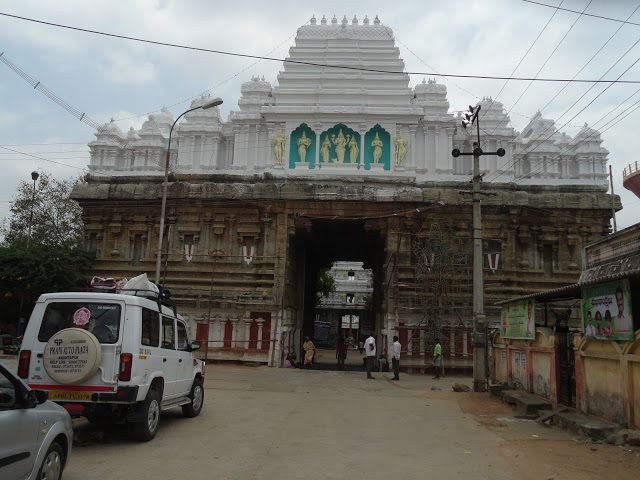