One of the most prominent Hindu temples in Telangana, dedicated to Lord Shiva, is Rajarajeshwari Temple vemulawada  (holy place). Historically, the region was the capital of the Vemulawada Chalukyas, who ruled from 750 to 973 CE.Vemulawada Rajanna Temple is situated in the town of Vemulawada, Telangana, India.

38 km from Karimnagar, Vemulawada Raja Rajeswara temple is located. This famous temple dedicated to Lord Rajarajeswara Swamy attracts great numbers of pilgrims. Before continuing to darshan, pilgrims have a sacred bath in a holy tank called Dharma Gundam, and these holy waters are thought to have medicinal properties. Every year, devotees flock to Vemulawada in large numbers at the time of Maha Sivarathri, to give prayers to Lord Shiva. This Vemulawada shiva temple also has a very special offering called ‘Kode Mokku’, created by devotees.Kode Mokku is a ritual where the devotee makes a kode (bull) with the pradakshinam of the temple, which is Lord Shiva’s vahanam (Nandi). There’s a huge Siva Linga inside.

A king, Sri Raja Raja Narendra, once came to this place to hunt wild animals. But he killed a Brahmin boy accidentally, who was drinking water from a pond. Then he got an incurable disease and went to several holy places on a pilgrimage and returned to this spot. He drank holy water from the Dharmagundam one day, and slept all night praying to Lord Sri Raja Rajeshwara Swamy. In the dreams of the King, Lord Shiva appeared and asked him to take the Lingam out of Dharmagundam and put it in the temple.

The king then took the Lingam out and washed it with water from Dharmagundam. In order to hold Lingam within the temple, he constructed a temple on the hill while he slept the night that Holy Sidhas came and created the idol of God inside the temple. When the king was worried that the opportunity to set up Shiva Lingam was missing, Lord Shiva appeared in his dreams and vowed that the name of the king would forever be synonymous with the site. His incurable illness was then healed as well.

The closest airport is Shamshabad Airport in Hyderabad, 193 kilometres away.Karimnagar, which is 36 kilometres from Vemulavada, is the nearest railway station.A range of direct buses from Sircilla and Karimnagar are available. 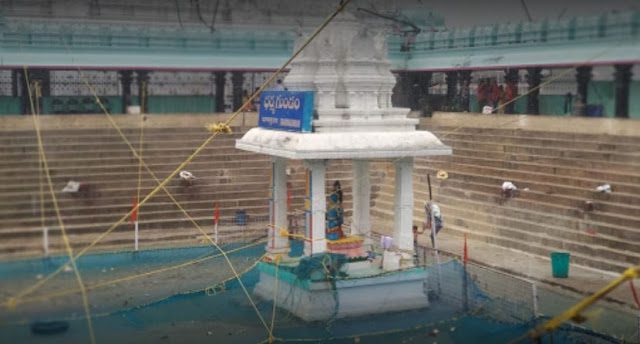 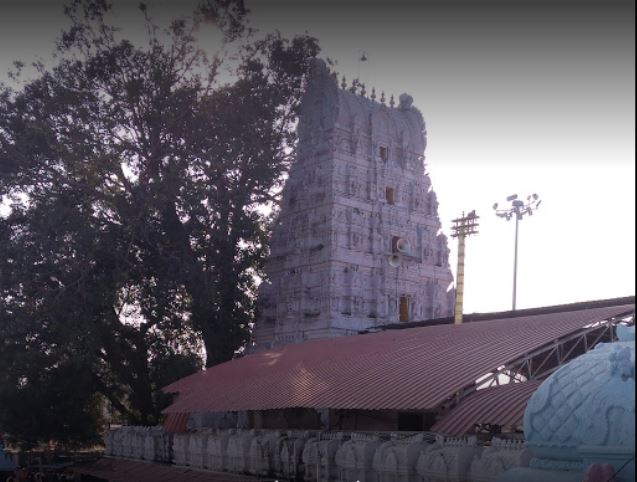