In Vijayawada, Andhra Pradesh, India, there is a collection of Hindu cave temples called the Akkanna Madanna caves. They were discovered during the Eastern Chalukya dynasty and date to the middle of the 7th century. They are Shiva-dedicated. The top (bigger) and lower caves make up this group. The remarkable 7th-century inscription is located in the top cave, which is better preserved.

A tiny park with engraved pillars and found remnants of old Hindu temples is located immediately to the north of the lower caves. The Archaeological Survey of India is in charge of the Akkanna Madanna caves, which are protected sites of national significance.

In Vijayawada, Andhra Pradesh, are the Akkanna Madanna caves. They are located at the base of the Indrakiladri hill, which also houses the Kanaka Durga Temple. The Krishna River is nearby.

Akkanna Madanna Caves Timings: Every day of the week from 9:00 am until 5:00 pm 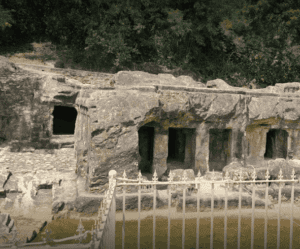 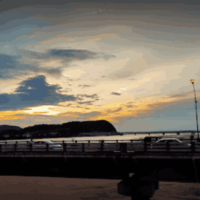