Nellaiappar Temple is a Hindu temple dedicated to Lord Shiva, located in Tirunelveli in the southern Indian state of Tamil Nadu. This is one of the famous temples in TamilNadu. Shiva is worshipped as Nellaiappar (also known as Venuvananathar) represented by a lingam, and his consort Parvati is depicted as Kantimati Amman.

This temple is situated on the north bank of river Thamirabarani in Tirunelveli district. The 7th century Tamil Saiva canonical work, Thevaram, is known as the Nayanmars by the Tamil sadhu poets, and is classified as a site of Padal Petra.

The temple complex covers an area of ​​14.5 acres (5.9 ha), is 850 feet long and 756 feet wide, and all its halls are surrounded by concentric rectangular walls, surmounted by a massive Rajagopuram. The Sangili Mandapam built by Vadamalaiyappa Pillaiyan in 1647 connects the Kantimati Amman and Nellaiappar temples. The temple has several shrines, the most prominent being that of Swami Nellaiappar and his wife Sri Kantimati Ambal.

Nandi Mandapam has a very large idol of Nandi (Bull God) like those in Tanjavour and Rameswaram. The special feature of the temple is the ‘Mani Mandapam’ near the Nandi Mandapam with two large pillars carved out of a single stone and each having 48 sub-pillars which produce musical tones when touched. A Tamil poet says that the pillars here are a combination of sruthi gana laya types. Other mandapams in the temple include Oonjal Mandapam and 1000 pillared hall.

Tirunelveli is one of the five places where Lord Shiva is said to have performed his dance and all these places have vedikas/ambalams. While the Tamira (Copper) Ambalam or Tamira Sabhai at Tirunelveli, the others are Ratna Ambalam/Ratna Sabha (Gem – Ruby / Red) at Thiruvalangadu, Chitra Ambalam or Chitra Sabha (Image – Painting) at Kurtalam, Velli Ambalam at Madurai Meenakshi Amman Temple (Velli – silver) at Rajata Sabahi and Pon (gold) at Ambalam or Porshabhai at Thillai Nataraja Temple in Chidambaram.

Tirunelveli is one of the many temple towns in the state, named after groves, clusters or forests dominated by a particular type of tree or shrubs. It is said that this area is covered with Venu forest and hence it is called Venuvanam.

While the original complex is believed to have been built by the Pandyas, the present stone structure was added by the Cholas, Pallavas, Cheras and Madurai rulers. The temple sanctums and gopurams were built by Nindrasir Nedumaran (Koon Pandian) who ruled in the 7th century AD. The Mani Mandapam with the famous music stupa may also have been built by Nindrasir Nedumaran.A flag stand near Nandi was erected in 1155. A later Pandya, Kulasekhara Pandyan built the outer wall of Tirunelveli Nellaiappar Temple in the 13th century.

Actually, the Nellaiappar and Kantimati temples are two independent structures with spaces in between. In 1647 Thiru Vadamalaiyappa Pillaiyan, a great Shiva devotee, connected the two temples by building the “Golusu Mandapam” (Sangili Mandapam in Tamil). In the center of the flower garden is a square spring mandapam with 100 pillars. Nandi Mandapam is said to have been built in 1654 by Sivanthiappa Naykar. On the western side of the Chain Mandapam is a flower garden established in 1756 by Tiruvengadakrishna Mudaliar.

Navratri, Aippasilo Thirukalyanam, (October 15 – November 15) and Arudra Darshanam are some of the important festivals here. Arudra darshanam attracts huge crowds here. The temple chariot is huge, second only to Tiruvarur. Here the Brahmotsavam lasts for a long time during the Tamil month of Ani (15 June – 15 July).Also, a golden temple car (first inaugural run of Nellaiappar Temple Golden Car 2 November 2009) runs during Thaipusam during important festivals like Tirukalyanam, Karthigai, Arudra festival etc. In Thai, the festival, Lord Shiva and Parvati are brought to the bank of river Tamirabarani called “Thaipusa Mandapam” at Tirunelveli Junction. will be carried Special pujas are performed there and they reach the Swami temple at night. The Nellaiappar Temple Car is the third largest car in Tamil Nadu and the first fully automatic car.

Tirunelveli Nellaiappar Temple rituals are performed six times a day; Temple opens at 05:00 am and closes at 12:00 pm again

How to Reach Nellaiappar Temple:

By Flight, The Nearest Airport is at Tuticorin Airport. The Nellaiappar Temple is 42 kms away from the Airport. From there many taxis, Local buses, Autos are available to Tirunelveli.

By Bus, Tirunelveli connects through major cities of Tamilnadu, with a number of buses running from other towns of Tamilnadu.

By Rail, Tirunelveli has its own Railway Station. Nellaiappar Temple is located just 4 kms away from the Station. 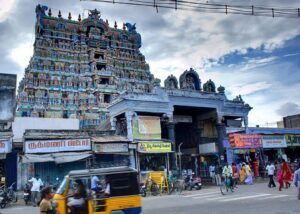 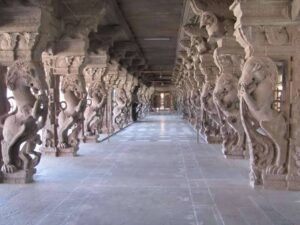 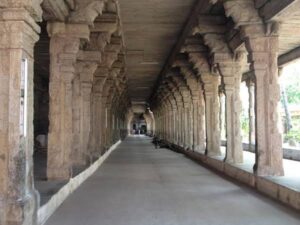 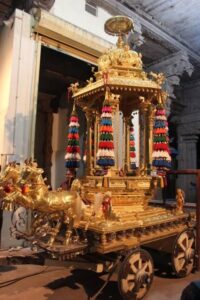 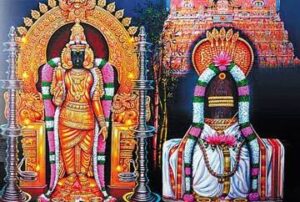 Other Famous Temples in Tamilnadu: