The Christ Church Shimla, after St John’s Church in Meerut, is the second oldest church in North India. Currently, Dr. Rockes Barnabas Sandhu is the Metropolitan of India, Bishop of the Diocese of Amritsar, Anglican Church of India (CIPBC), and President of the Amritsar Diocesan Trust Association. The shimla charch Worship is performed in Hindi and English.

Christ Church Shimla is situated on The Ridge, designed in the neo-Gothic style in 1857 to serve the predominantly Anglican British population in what was formerly called Simla. It stands out as one of Shimla’s famous landmarks and its silhouette is noticeable for several miles around the vicinity of the town of Shimla. The Church of Christ is one of the British Raj’s enduring legacies.

Colonel J. T. Boileau built the Shimla Christ Church in 1844, and Bishop Daniel Wilson, Bishop of Calcutta, laid the cornerstone on 9 September 1844. The church was consecrated by Bishop Thomas Daltrey, Bishop of Madras, on 10 January 1857. At that time, the approximate construction cost was 40,000 to 50,000 Rupees. In 1860, Colonel Dumbleton donated the clock that adorns Christ Church. In 1873, the porch was added. In 1899, a British pipe organ, which was extensively restored in 1932, was installed.

Guy Gibson, the leader of Operation Chastise, the successful “Dambusters Raid” of 1943, was baptised here on September 11, 1918 .

The 20th-century partition and the resulting political upheavals on the Indian subcontinent survived Christ Church. Rev. B.S. Chander was the first Indian Chaplain of the Church of Christ Shimla (1948 to 1957). The shimla catholic church appears to be well preserved and is in fairly good health. More recently, the original mechanical mechanism of the clock has been replaced with an electric equivalent. At present, however, although all 4 faces of the clock remain in synchronisation, they rarely represent the right time.

In the neo-Gothic theme, a shimla charch is built. The christ church shimla is illuminated at night.

Five fine stained glass windows are part of the christ church shimla. The Christian virtues of faith, hope, charity, courage, patience, and modesty are embodied in one. Lockwood Kipling designed the Chancel Window (father of Rudyard Kipling). The Christ Church Shimla pipe organ is the largest on the Indian subcontinent; it was built in September 1899.

A great number of books and ancient scriptures are among the church’s collections.

There is no entry fee for visiting the christ shimla church 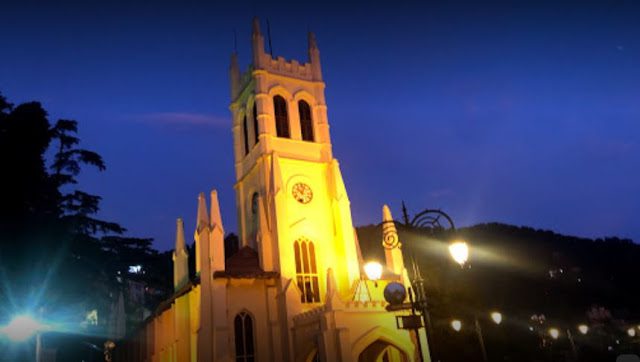 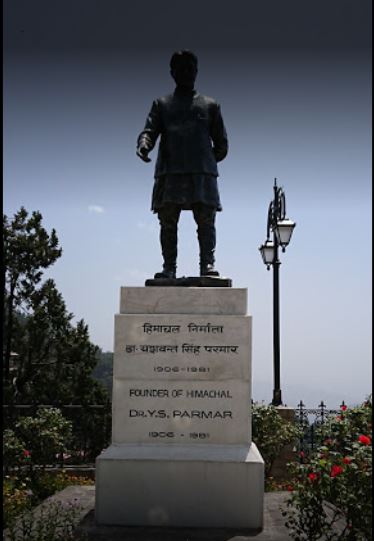 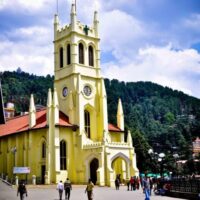 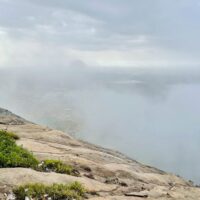 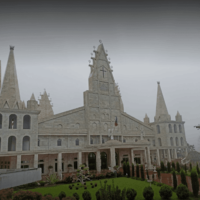