Thirukadaiyur is located in Nagapatnam district of Tamil Nadu state.This Thirukadaiyur is 22 km from Mailadutthurai (MayaVaram) to Porayar and 8 km from Porayar. In this Temple Moolavirattu Lord Shiva is worshiped with the name “Amrita Ghateswara ”.

Death and resurrection of Yamadharmaraju took place in  Thirukadaiyur Temple in Tirukkadyur town. On entering the main entrance of the Temple, there are large pavilions on both sides and after crossing them, the entrance of the Garbha Gudi. Just past the gate is a large courtyard. In that courtyard, small pavilions are built and Shashti purti and Pujas are performed there.

Although there are royal gopurams on the eastern and western sides of the temple, the seven-tiered gopuram on the western side of the temple is the main entrance. Lord Amirthakadeshwarar of this temple has a self-made linga (Suyambu in Tamil) in the west.The sanctum sanctorum is surrounded by the shrines of Murugan, Lakshmi Devi and Somaskandar, Lord Nataraja, Vilvaneswarar, God Bairavar, Panchabhuta Lingam, Surya, Rishi Agathiyar, Sapta Kanya and 63 Shiva devotees. Navagrahas are not placed in this temple.

In the hall opposite the sanctum sanctorum of Pradhana Swami, one can see a copper idol of Kala Samhara Swami and an idol of Yama at his feet. Lord Kala Samhara is seen standing on his right leg and kicking Yama with his left leg. Markandeya was standing next to him with folded hands. Here the linga is seen with a cut on top and a scar on the body when Yama throws his staff at Markande along with Shiva. There is also a sanctum sanctorum of Yama here. Abhishekam is done only 11 times a year for the period.

Born to a Mirukandu couple by the grace of God, Markandeya became a great devotee of Shiva. When he turned 16, his parents told Markandeya that his life expectancy was 16 years as God had told him. Markandeya visited every Shiva temple to find that only Lord Shiva could save his life. After visiting Lord Shiva’s temple, Markandeya reached a place called Tirukkadyur. By the time he reached the place of Tirukkadyur, his last day was near.

Approaching the last day of his life, Yama threw his staff at Markandeya to complete his task. A frightened Markandeya ran towards the idol of Lord Shiva worshiping in the temple and hugged him tightly. Yama threw his staff at Markande along with the idol of Shiva. Lord Shiva emerges from the idol linga with a trident to save his devotee and kills Yam using his trident.As the almighty Shiva killed Yama, the god of death, he became the slayer of time. After the goddess Bhudevi, Brahma and Vishnu asked him to bring Yama back, Lord Shiva restored his life to Yama and brought him back alive. This prowess is one of the eight prowess of Lord Shiva.

In the outer courtyard is the eastern facing sanctum of Abhirami Devi who blesses Saraswati Devi and Abhirami Pattars. Abhirami Pattar, who lived in this town, had great devotion to Devi Abhirami. He used to meditate to increase his love and devotion towards her. Once the King of Thanjavur Sarapoji came to this town and saw Abhirami Pattar and asked him what is today. Pattar, thinking of his goddess Abhirami, misrepresents the new moon day as a full moon day.

The temple priests told all the myths about Abhirami Pattar before the king. Hence, the enraged king stated that Pattar would be punished if he did not see the full moon that night. Abhirami appeared on the full moon Amavasya, singing all 100 songs of Abhirami Devi. In canto 79, Devi Abhirami took out an earring and threw it into the sky, which appeared as the full moon on the new moon night.

On Mondays in the Tamil month of Kartika, Abhishekam to the Lord here takes place in the Sankhu Mandapam opposite the sanctum sanctorum of the main deity known as Valampuri Sankhana with 1008 conches. Only then does the Lord appear without clothes. The scar formed on the lingam due to Yama’s lathi is visible at that time.

Another feature found in Tamil Nadu Temples is that while circumambulating the temple, the walls adjacent to the main shrine have idols of Dakshinamurthy, Lingodbhavam and Goddess Durga in front of the four sides. Sandhikeswar is present in a small shrine in front of Goddess Durga. If the devotees ask their wishes to Sandhikeshwar, he will tell them and tell them to fulfill their wishes. If you want the same goddess, you should pray to Sandhikeshwara.

As it is the place where Lord Markhandeya was blessed with immortality, devotees believe that if they perform Ayushshu Homam here, the sin of untimely death will be removed.

How to make arrangements at Thirukadaiyur Abirami Temple?

That means first we have to decide the time and rent a place for worship in the Temple for that day, depending on whether the place is opposite to Amritaghateswara or in the outer pavilion, we have to pay the rent to the Temple owner. People of four castes can perform this homam. We have to find the Vedic scholars who perform homam, these scholars perform two days pooja for Brahmins and one day pooja for others. Whether you want to rent a place in the coves or book scholars, you can do it online. Poornabhishekam (100 years), Kanakabhishekam (90 years), Sadabhishekam (80 years), Bhimarathashanti (70 years), Shasthiyapthapurthi (60 years), Manivila (50 years) and Ayushya Homam were performed in Thirukadaiyur.

Other Famous Temples in Tamilnadu: 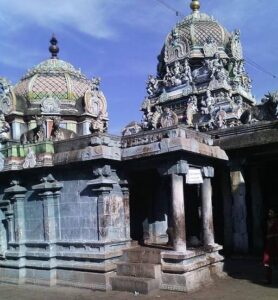 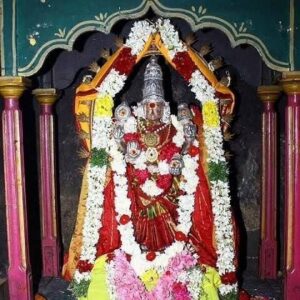 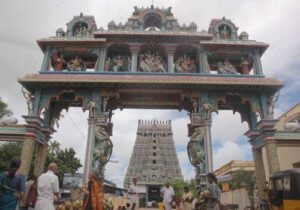 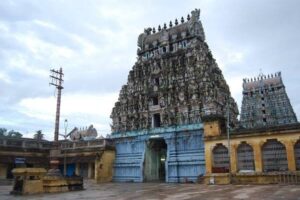 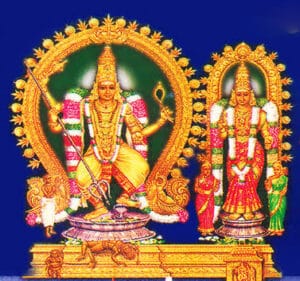