Chillakuru Mandal includes East Kanupuru. Sri Sri Sri Kanupuru Muthyalamma temple located in this village. For Kanupuru Muthyalamma, the Grama Devata, Jatara is done one week before Ugadi. Pilgrims travel from other states, such as Tamil Nadu and Karnataka, to seek Muthyalamma’s blessings.

Sri Muthyalamma Ammavari Jatara is a major festival in Andhra Pradesh’s Nellore District. This temple was recently renovated with massive mantapas. This jatara consists of four days (Tuesday, Wednesday, Thursday, and Friday), all of which fall before the ugadi week. The presiding deity of this well-known temple is the self-manifested goddess Sri Muthyala Ammavaru. This well-known ammavaru temple can be found in Chillakur Mandal’s east Kanupuru village. In the year 1942, the temple devasthanam trust members erected an idol of Pothuraju with a parrot, raised brick walls around it, and added a thatched roof. A new idol of the goddess Sri Muthyala Ammavaru was erected in the year 1980.The Shaktheyam technique is used to execute the temple’s puja programmes. 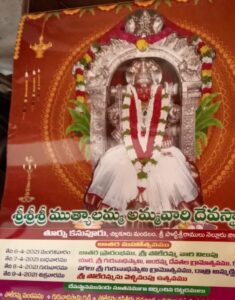 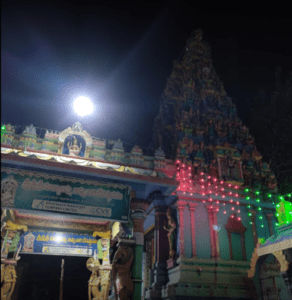 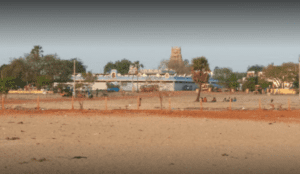